May 31, 2015
Many people today meet partners online, some of them going so far as to find their true loves, but there can also be danger when that happens. Imagine you have an online lover who lives many miles away. Now, he talks you into cheating on your husband. Is it your fault or his when you give in. The internet isn't always a safe bet. Sometimes even putting an ad on a website to sell your spare bicycle can lead to more than you'd hoped.


While writing The Web Cleanser, I thought about the consequences of online relationships, and fell into the vortex of a story where love can be deadly. You're cyber lover might not live as far away as he/she says. Stalkers can find their victims on the web easily, getting more information about you than you know. It's better for you to only put the minimal personal information in your profile. Danger abounds in the world you can't see.


My characters find out the true meaning of deceit when a killer lures them to their deaths. It's up to two tough cops to find him. Ryland Sanders chooses to be the bait, while her partner, Kane Nanuq tries to protect her from herself, and the killer. Imagine yourself in a similar situation, and perhaps caution will help keep you safe.


Blurb
Ryland Sanders is a feisty, no-nonsense cop who protects her heart with her smart mouth. She has no friends, and every partner she's ever had gave up on her long ago. When paired with a new cop, Ry pulls out all stops to get rid of him, but he's not one to run. 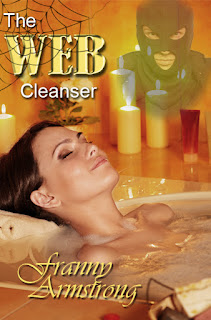 Kane Nanuq is from the Northwest Territories on Baffin Island. He's tracking a serial killer who murdered his wife and children. When he meets Ry, his carefully planned revenge is altered. She wants to become bait, but Kane wants to protect her. She cracks open his carefully guarded heart, even as she loses hers.
The duo work together to capture the killer, but neither of them realize they've lost their hearts to each other until it's too late...


Normally, Ry wouldn't give a care in the world about people talking behind her back, but for some reason the gossip cut her deeply. Glancing at herself in the mirror, she saw a bewildered, angry woman, who had no friends, no family, and no one to talk to. For the first time since her teens, tears pricked her eyes. Shocked, she watched in the mirror as they glistened for a moment. Anger finally took over as it usually did when she became vulnerable. Lifting her chin, and throwing her shoulders back, she swiped at the offending tears, finally able to achieve the control she'd been missing all morning.


Nobody—and she meant nobody—could hurt her! Not ever! She gave her reflection a quick nod, squared her shoulders even more, and opened the door with a bang, making her way back to her office at normal speed. This time though, she took a moment to give the cops in the main room her best 'Go ahead, I dare ya', expression. Not a soul would raise their eyes to meet hers. With a sniff of distain, she opened her office door and entered her haven…at least, it had been a haven until her current resident showed up.


Ignoring Kane, she sat back down, and noticed that her computer ran smoothly. About to snarl at him, she found that he'd set a hot cup of coffee down in front of her. Now how could you get mad at a guy, when he'd given you the only saving grace of the whole morning? Deciding it best to keep her mouth shut, she opened up a few files, doing her best to ignore the aromatic brew. It took all of a minute before she gave in, and grabbed the cup. When it sloshed on her pants, she squeezed her eyes shut, and waited for the pain to go away.


Kane took the cup out of her hand, and used his clean hanky to dab at the large stain on her thigh.


Releasing a loud 'whoop', she nearly came out of her chair at his touch, but for his hand on her shoulder holding her down.


"Sit still," he said in a low murmur, continuing his ministrations.


In a million years, she wouldn't ever admit to him or anyone else, let alone herself, that his touch made her belly flutter with a swarm of butterflies. Keeping her eyes on her computer screen, she did her best to appear unaffected.


For a few seconds, he tapped the keys on her keyboard. "There," he said quietly, then returned to his desk.


Angry that she'd found an interest in him, she snapped, "I'm not going to thank you…for anything."


He smirked, saying clearly, "I don't expect you to."


Author of Romantic Suspense and Paranormal Romance, I love a good tale. A full time author, I have plenty of time to work on my projects. I write, promote, and daydream about my stories all day long, fitting in my chores and family in my 'spare' time. Writing has been a healing experience for me. Having Bipolar II disorder, I go through hoops to remain focused, but I love to write and it takes me away from dealing with illness. I've come a long way into good health because of my stories. After all, my characters can do anything! There's no reason I can't. 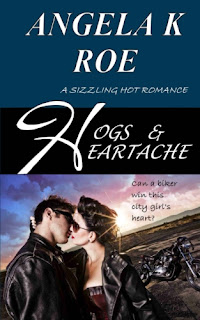 Hi Everybody, It’s my pleasure to be here and I’m super excited to hang out with Franny on her blog. Pretty sweet, right? My name is Angela K Roe and I write contemporary romance. My Walkers Ridge Romance series consists of This Montana Man , My Favorite Things , and Two Times the Love , and it takes place in a small town in Montana and has been compared to Debbie Macomber’s Cedar Cove series. (Seriously, the first time someone said that to me, I almost fainted) The series is a trilogy. Each is a complete story on it’s own with some of the same characters woven through all three books. So you get to catch up on your favorite townsfolk. In addition to the Walkers Ridge Romance series, I’ve got a contemporary traditional erotica romance called Hogs & Heartaches , which takes place in Sturgis SD during the annual bike rally. It’s what I call a Spicy Romance. I have a second contemporary traditional erotica coming out soon and I’d love to share some information with yo
Read more
May 14, 2015

Share with our readers a little about your book. (Remember to make it so they want to read more LOL) “Breathless” is a romantic ghost about a young woman, Leah, who is traveling alone in the British Virgin Islands. The action begins during a scuba dive at a sunken wreck, supposedly haunted, when Leah discovers her oxygen tank is empty. This story is inspired a little bit from my own experience. I actually ran out of air during a dive about two years ago. Obviously, I survived. But, I’ll tell you, it was pretty darned freaky. In Leah’s case, she turns to one of the dive instructors, Dale, an Operation Enduring Freedom veteran, to get her back to the surface safely. The shared exhilaration of their experience forges a connection between these two. I bet you can see where this is going … As the tour group moves from the boat to the beach for an overnight campout, Dale and Leah are drawn to each other. They discover they’re each searching for ghosts, but for very different reasons. Thr
Read more